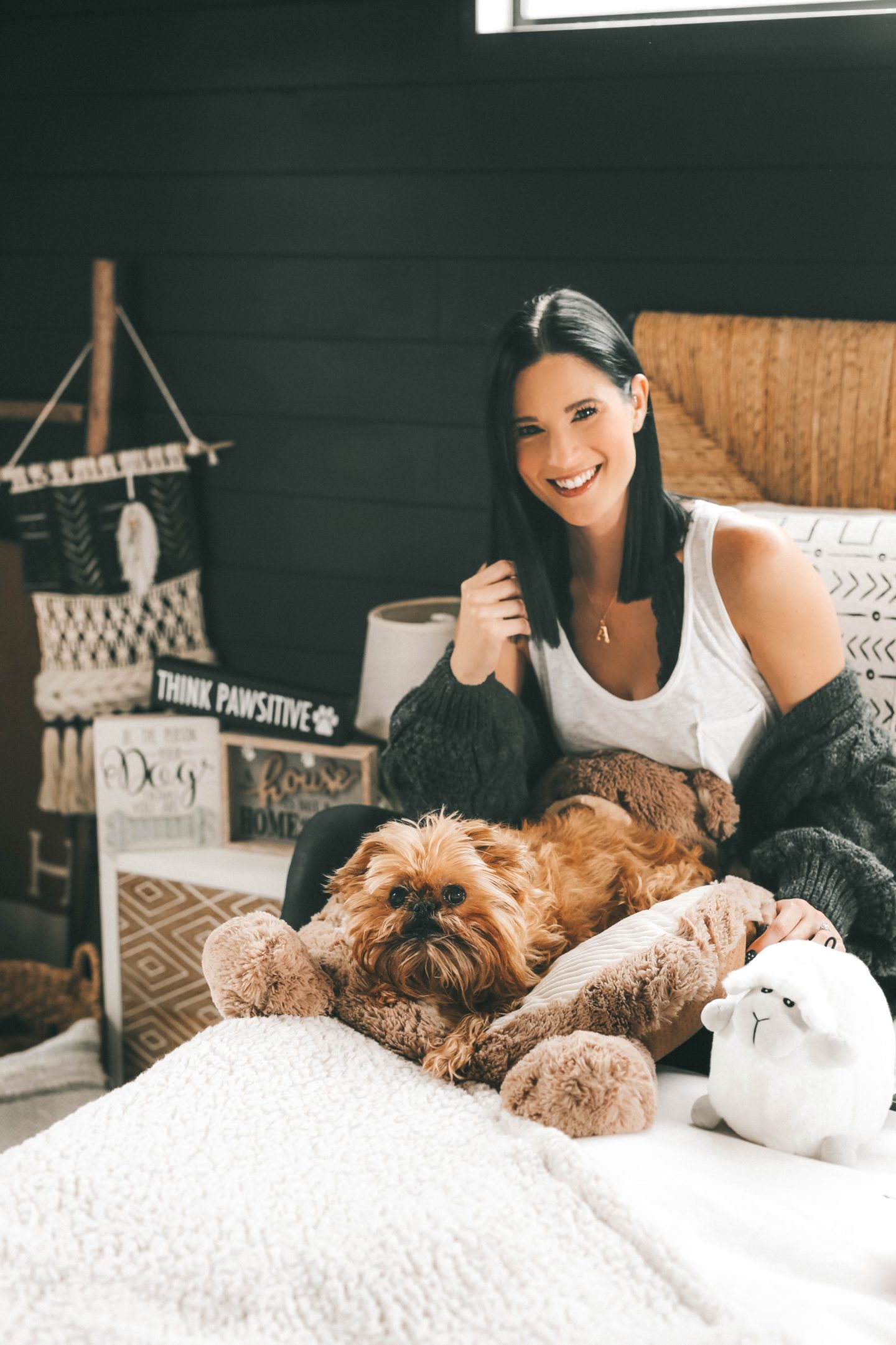 This post on how to pamper your pet is sponsored by Tuesday Morning. All opinions are my own.

The last month has not been an easy one for Mr. Steven Jalapeño. As most of you guys know (if you follow me on Instagram) he has had some major back problems. About 3 years ago he ruptured multiple discs in his back and instantly became paralyzed. After rehabilitating him for a little less than a year he was back to his crazy self! Every 6 months or so he would tweak his back and lose all function of his left leg. Usually, after a few hours he would regain use of his leg. We’ve known there is a major underlying issue but haven’t been pushed to do anything until now.

Sadly, he ended up tweaking his back pretty bad the day after Christmas and it changed everything we thought we knew about his injury. He isn’t recuperating as quickly and he isn’t able to use his back legs very well and it’s been almost 2 months. Steven even tweaked his back a few weeks ago on top of his post Christmas injury so it set us back even further. All of the work we had done with him just went out the door. We have been forced to pursue other medical courses of action to figure out exactly what is going on.

The one thing I’ve noticed that has completely broken my heart is the fact Steven just isn’t himself anymore. He doesn’t act like the same dog I’ve had for 10 years. I see absolutely no joy in his eyes, no excitement or drive to do anything but lay there. Because that’s really all he can do at this point.

So, I took it upon myself to do something special for Steven. He needed a little cheering up and I knew just the perfect place to go. I don’t know if y’all remember back in November I worked with Tuesday Morning to bring you the ultimate gift guide for literally everyone in your life. When I went in the Austin store for that post I went overboard in the pet aisle! I mean, they have an entire aisle dedicated to anything and everything pet. Right then, I knew where I was headed!

How to Pamper Your Pet 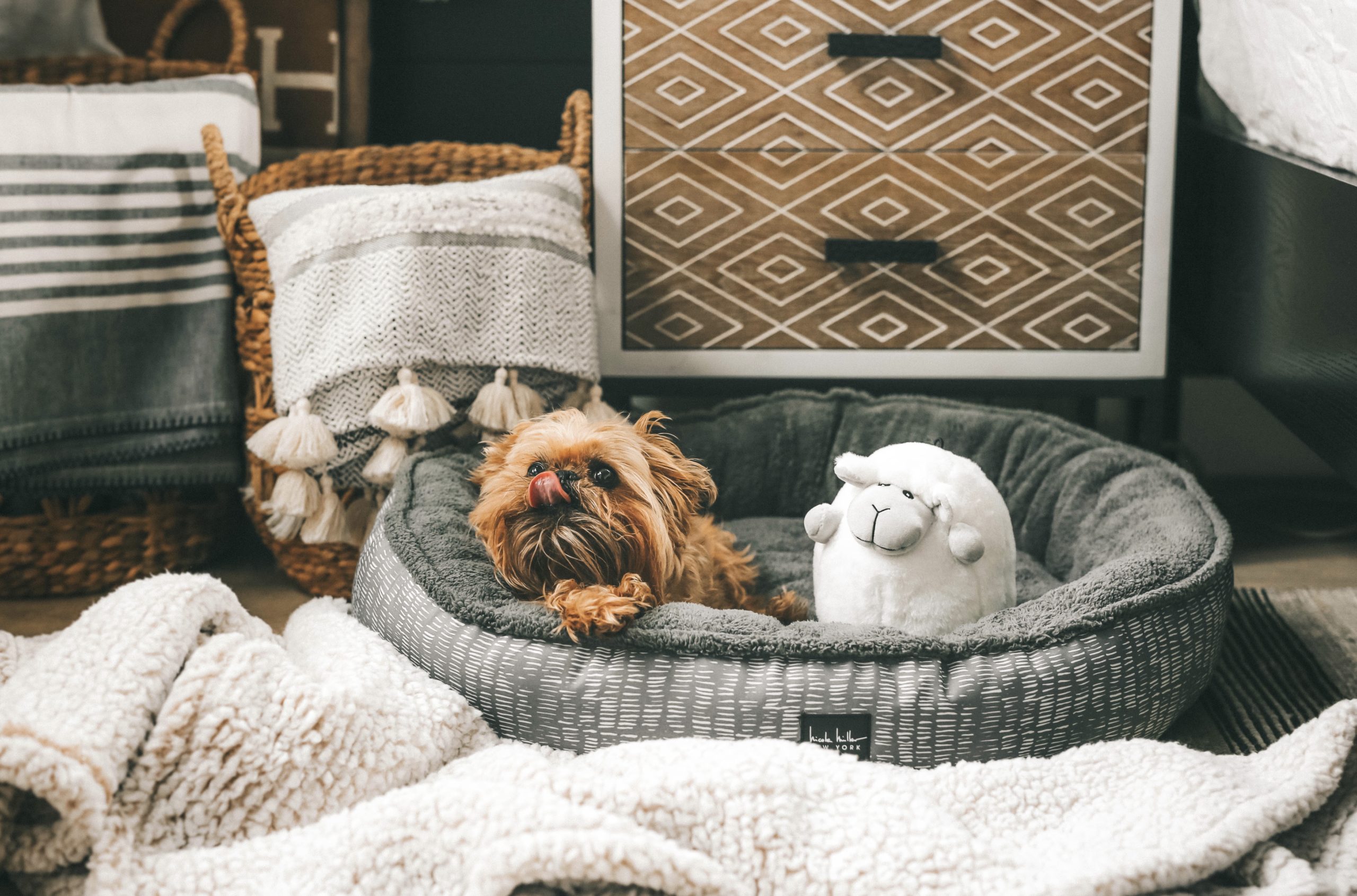 I wanted a place I could get everything I could possibly think of to pamper poor Steven. Think dog beds, toys, treats, grooming, clothes, bowls and so much more! And to say shopping was a major success is an understatement. The lady at the checkout excitedly exclaimed, “Oh my gosh, did you just get a new puppy?!” I laughed and explained to her that my 10 year old dog needed a little cheering up.

I can’t even being to tell you how much good stuff I found. Not only did they have a major assortment for your actual pet but they had so many goodies for pet owners and your home! Of course, I went all out for the two of us. 🤣 I was so excited for everything I got I wanted to make it extremely special for him. So I hid everything in my car until the time was right for the big reveal. 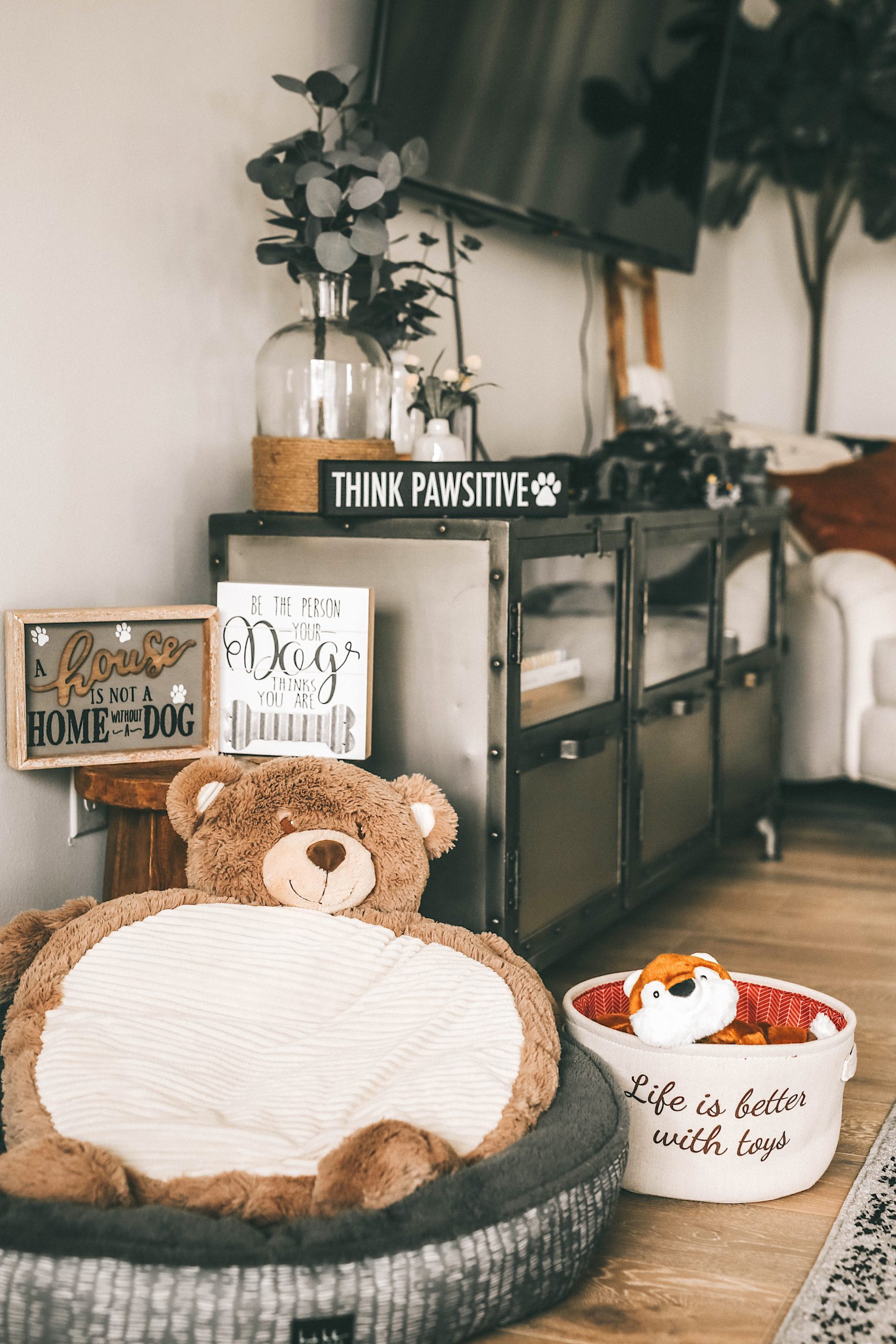 And when I say big reveal, I mean it! I wanted him to be so excited and overwhelmed with all of his surprises! SO, stop what you’re doing if you’re reading this and haven’t watched my Instagram stories!

I filmed the cutest Tuesday Morning first look with Steven! It’ll be saved on my Highlights too. It was the first time he got to see all of the goodies I got him and I was so excited to see his reaction to everything! It’s one of the most adorable things I’ve ever seen. He was THRILLED!! I haven’t seen him this excited in ages. It was almost sensory overload with all of the new toys and beds. Yes, two beds!

He loved everything so much we ended up doing a little photoshoot with everything. Steven was so excited to show everything off. Even his new pajamas!

One of my personal favorite things I unexpectedly found was a travel set from Real Simple. Steven’s neurologist said that we need to find him a waterless shampoo since we’re no longer able to give him baths. I’ve actually never seen a waterless shampoo and to my surprise, there it was. Sitting right in front of me was a doggy travel set complete with waterless shampoo. It was the last one so you better believe I grabbed that first. Was this a sign?? Was the world listening?? It was perfect timing and so unexpected and only $12! 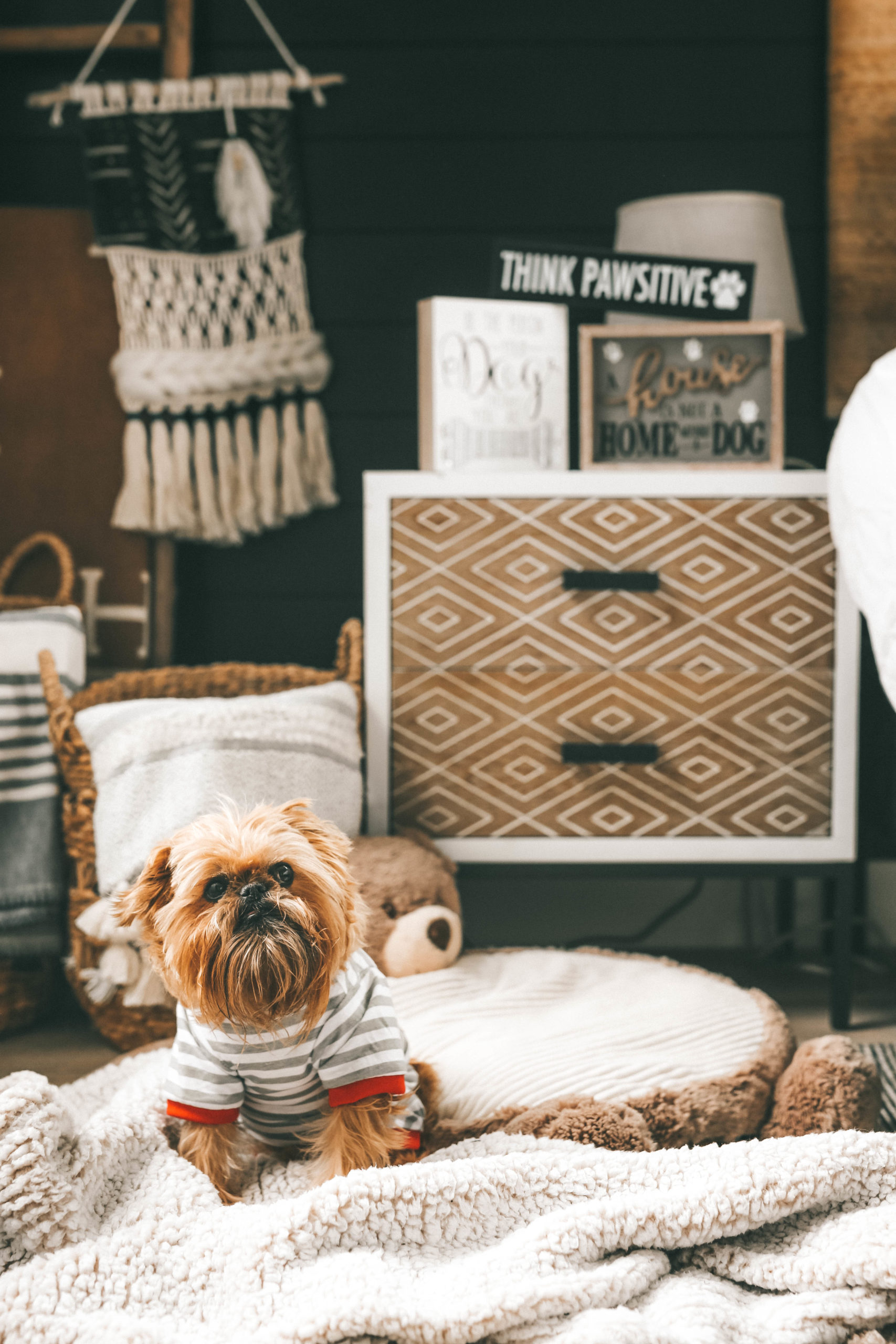 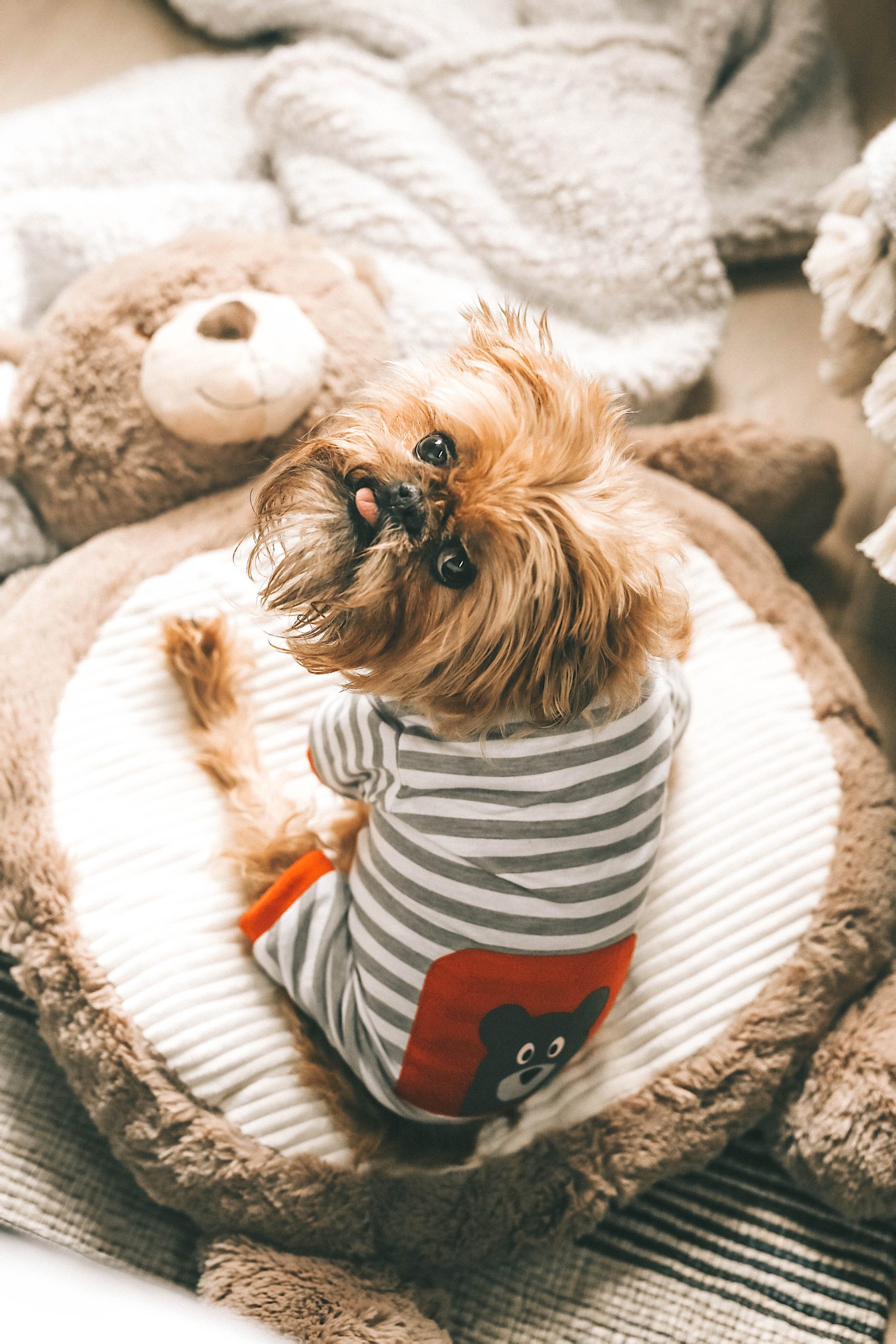 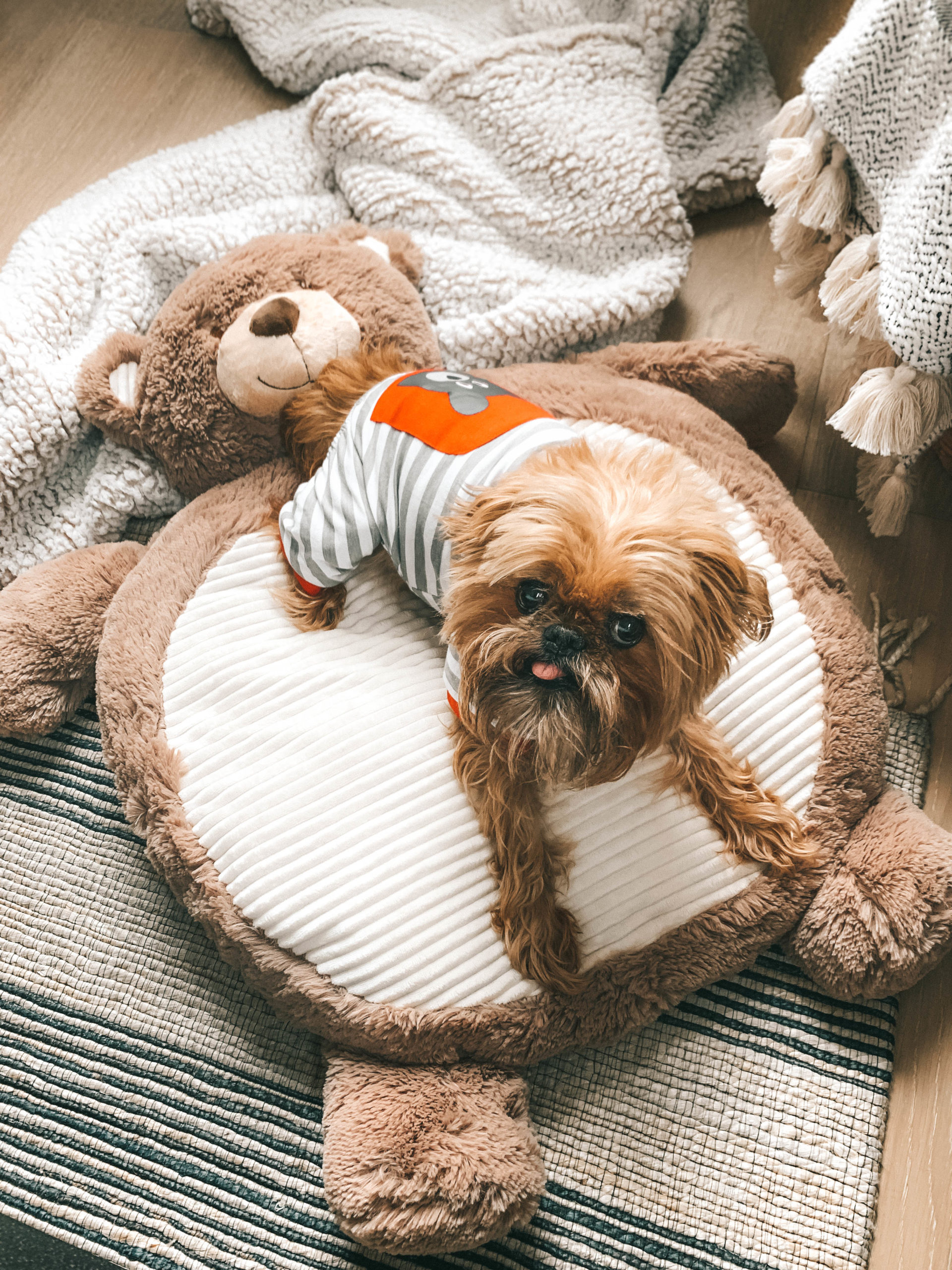 I also wanted to get him a few more toys. Grayson always makes fun of me because anywhere we go I insist on getting Steven new toys. Keep in mind, Steven’s mouth is so tiny he has never destroyed one single toy in his 10 years. Which means we have 10 years worth of toys in the house. You know what? Who cares! You only live once! Buy the toys! Plus they’re only $6.99! They also had some really fun toy baskets with cute sayings!

Steven also got a whopping two new beds. Now let me tell you. This dog has 8 beds in the house now. EIGHT. But you know what he was most excited about out of everything I brought home? The dog beds. With his bad back comfort is key. I found the biggest, coziest Nicole Miller bed that he cannot get enough of. The next bed we got him isn’t technically a dog bed. I came across the cutest teddy bear bed and quickly realized it was a baby mat! But I knew Steven would love it and fit on this bed perfectly. So, I bought it. As you can see by the mass amounts of photos, he loves that baby mat!

Not that I ever dress Steven up, but they had the cutest pajamas. I ended up getting Steven 2 onesies. He is 11 pounds and a size medium for reference. The little bear butt is the cutest and looked adorable with the little bear bed!! I also picked up a few other goodies for the house. The one thing I stocked up on for the holidays last year was dog art. Sadly, I had gifted it all so I needed to get a few more to put up at my house. They had so many adorable home goods. I picked three different pieces out to put around the house. We also got some treats, a doggy dog bowl and a really cool modern farmhouse looking treat canister. 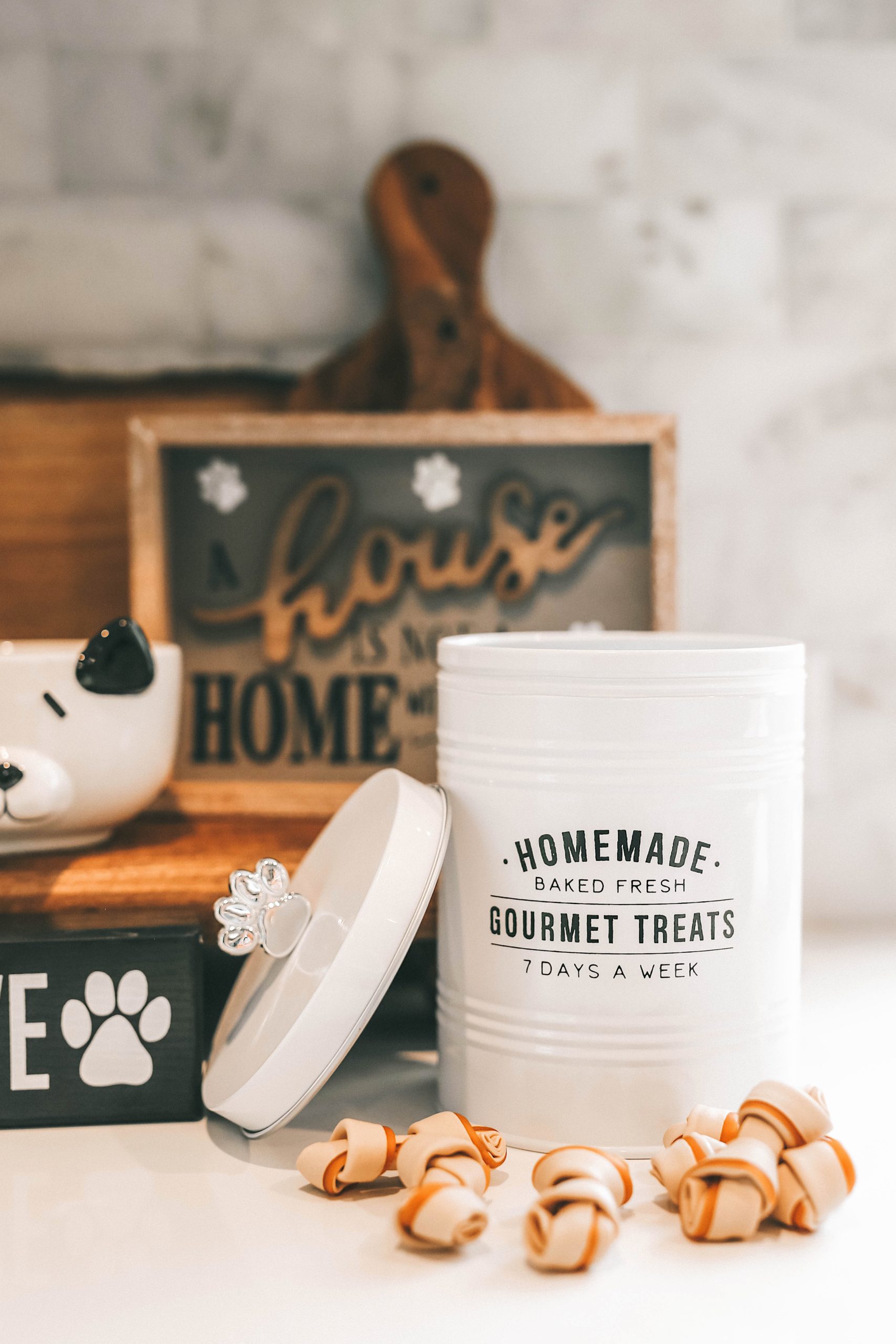 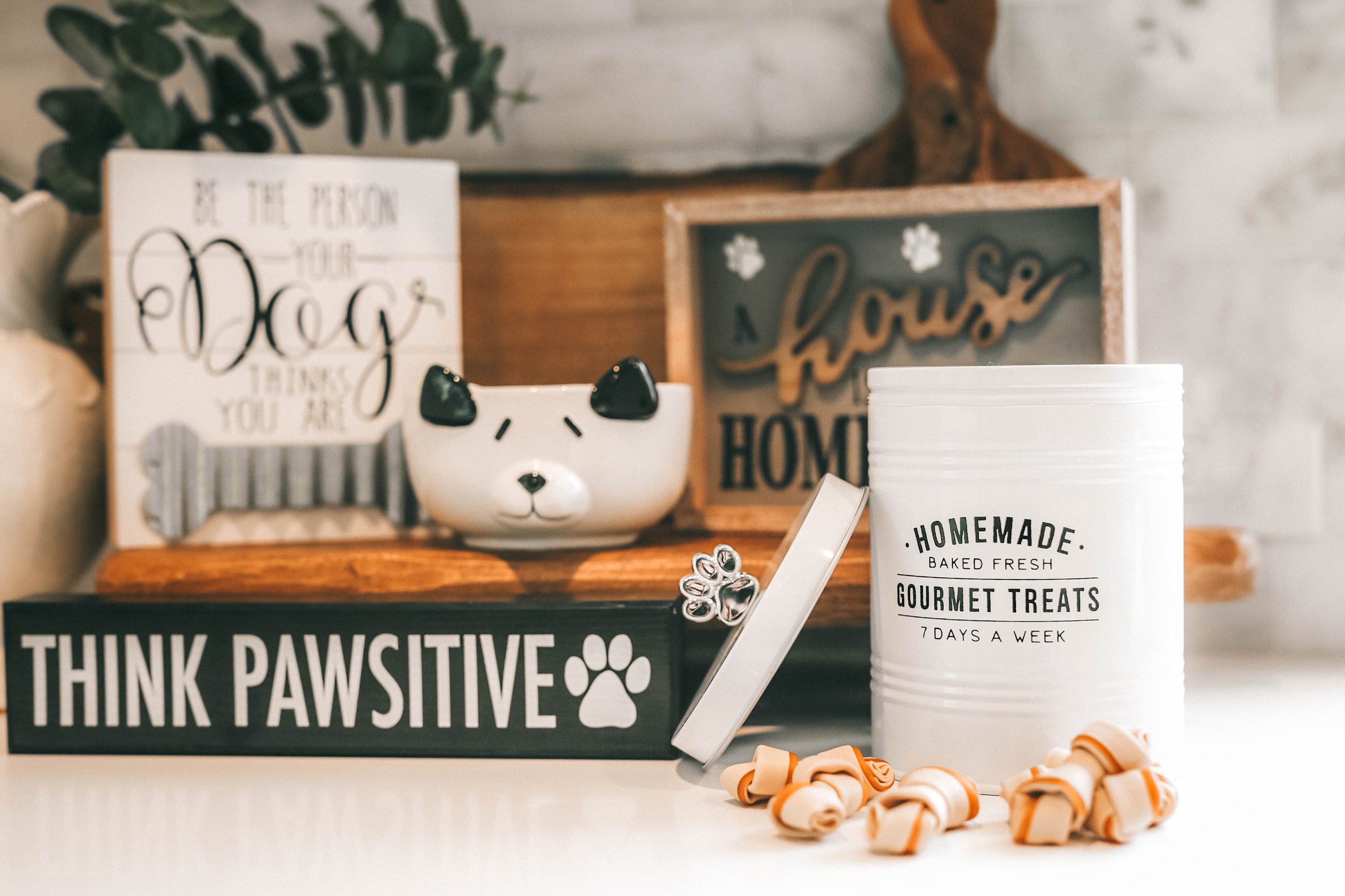 Y’all; I’m not joking when I say you can get everything at Tuesday Morning. It’s quickly become one of my go-to stores for absolutely everything I could possibly need for me, Grayson, Steven and anyone in the family. Not to mention, if you’re on a budget! Which we definitely are especially after paying $2500 for Steven’s MRI and potentially thousands more if he needs surgery! I got everything in this blog post PLUS some for under $140.

Not sure if there is a Tuesday Morning near you? Click HERE for their store locator! We have one ab0ut .5 miles from our house. Can you say, dangerous? 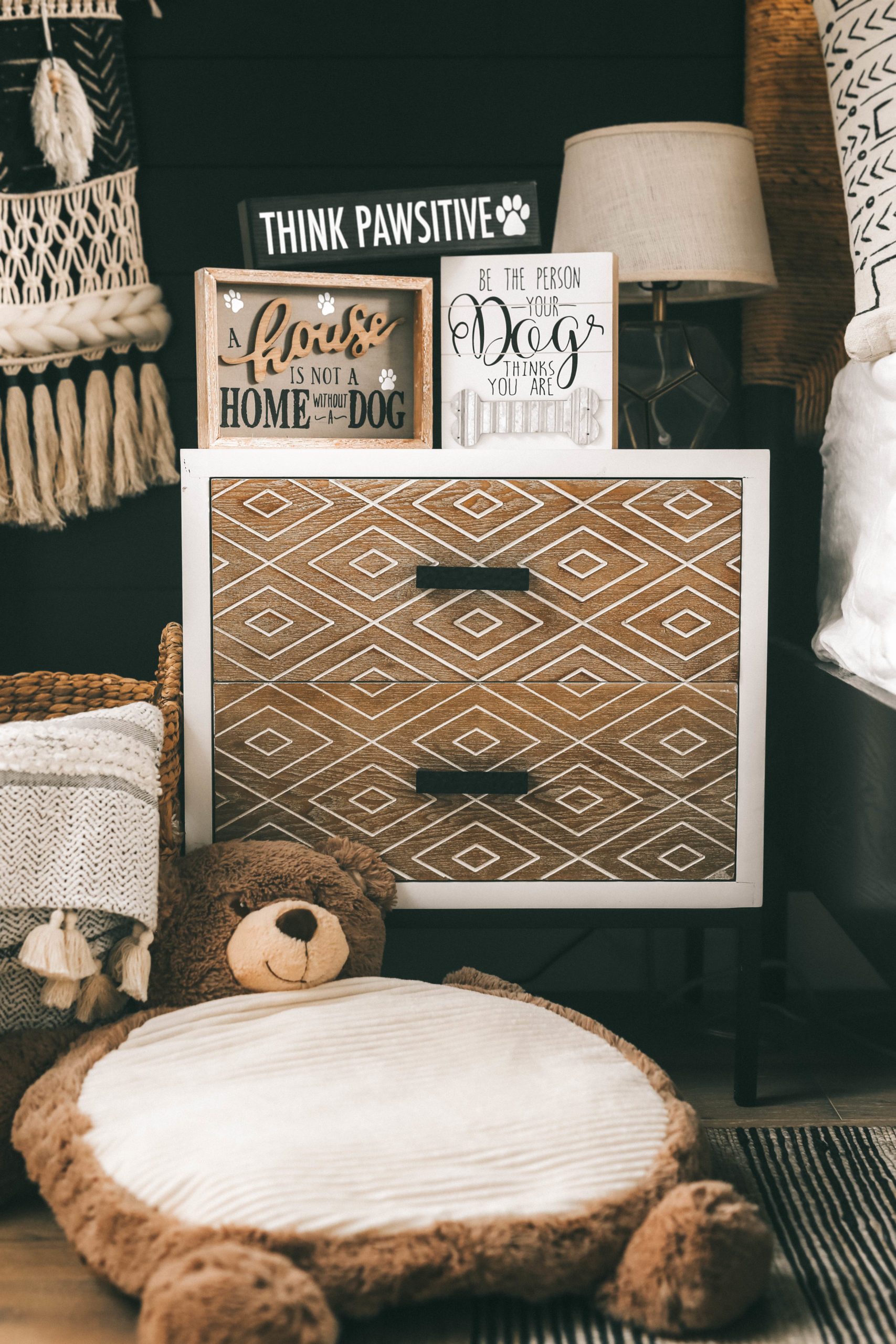 Do you have any tips on how to pamper you pet on a budget?  Let me know in a comment below!