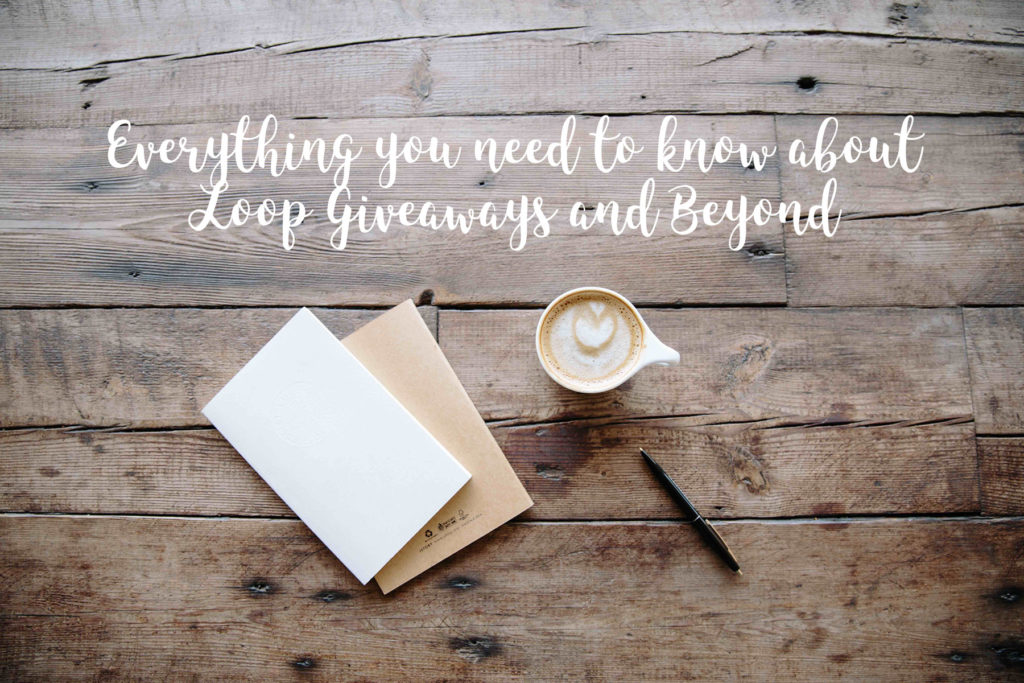 For most of my readers, this post probably won’t make sense, but after sensing much frustration in addition to some backlash from the blogger community I felt it extremely necessary to write a very informative post on the truth and facts regarding those pesky giveaways that continuously fill our Instagram feeds; also known as Loop Giveaways. Let me preface this by saying that this post is not an attack on anyone who chooses to do these giveaways, as we are all grown ups and can make our own decisions. This blog is specifically stating the facts from personal experience, Instagram/FB employees, fellow bloggers, and responses from specific Instagram followers of mine.

Let’s just jump right in. What happened to growing your following organically and authentically? I remember the first time I ever tried my first loop giveaway around when I had about 2,300 followers back in 2015. Loops were much different back then though. Yes, you still had to follow multiple accounts but the prizes were much smaller and it was normally all bloggers who were involved. We would gain a couple thousand followers if that and once the giveaway ended, the mass drop-off started. At this point you’re so sucked in to the thrill of easily getting thousands of followers in a short amount of time, this began to be the norm for a lot of us starting out. After doing about 6-7 and ending up a little over 10k followers I realized this wasn’t helping my account at all. Keep in mind, there is always a mass drop in followers so think of how long it would take for your account to level out after even doing 2-3 of these giveaways. It took me MONTHS to get my account back to a place where I was actually gaining followers on a daily basis.

After working extremely hard for over 2 years I finally reached my goal of hitting 100k followers organically. Around this time, loop giveaways started making another unfortunate comeback. Not the normal loop giveaways that a handful of us were a part of back in the day. These are full blown International Giveaways with insane prizes that cost an INSANE amount of money to join with some accounts that had millions of followers. After months of looking the other way my friend and I decided we were going to try to do another one just to test it out and see how these new loops effected our accounts at this stage of the game. We paid our $250 and were set up to do another loop. Talk about getting thousands of followers… I think we each gained about 7-8k in a couple of days and then the drop-offs immediately started once the winner was announced. For days and days I would lose thousands of followers. Any sane person that knows anything about Instagram shouldn’t be blind to the fact that these are ruining your account. It brought back memories of the depression that sets in when you’re losing mass amounts of followers at once. That is the exact reason people continue to do them… Because they never authentically gain followers for months after they do a loop.

Guys, open your eyes… This IS a form of cheating! I hear excuses all the time that the followers you get are REAL and that is 100% a lie. I have had multiple people admit to me that they make upwards of 100 fake accounts to enter these giveaways and then they forget about them. That means they don’t unfollow you, nor are they active… If ONE person is doing this, how many people do you assume could be doing the same thing… You are getting thousands of followers that are NOT interested in your content; they are interested in winning a prize that they really have no chance of winning.

An even bigger issue is that all of these mass follows and unfollows with inactive accounts are screwing with your ratio of active followers that will actually spend time liking your content. Not only are the accounts not active, but more importantly, your specific Instagram algorithm is going to get completely confused as to why you are gaining 10-15k followers in an hour span when you normally would gain a few and lose a few daily… Now you are gaining thousands, then losing thousands and then you are stagnant. How do you think that works with the algorithm? The algorithm most EVERYONE is complaining about?? Instagram will most likely flag your account for suspicious activity.

I’ve been watching countless amounts of bloggers start doing loops again over the past few months and I have to say, most of their interaction still sucks and it looks WORSE that they have no likes to go with that massive new following. On the other hand, some influencers have gotten even more creative as to buying likes to go with that loop following… or participating in a gazillion comment pods to get your likes/comments up. I’ve even noticed loop giveaways become an easy cover for bloggers to buy even more followers on top of the loop following gained.

A word of advice, grow slowly and genuinely. I’d rather grow at a snail’s pace than have inactive/fake followers. My Instagram interaction is WAY down, but honestly, I would rather have less followers that actually engage than almost 150k+ with even lower interaction. Most of us need to really understand that there are major changes happening with Instagram and most of our interaction has drastically plummeted. If your interaction has plummeted, loop giveaways is not going to help you whatsoever. Yes, you will get likes on your photos surrounding that giveaway but after that, they go back to being low until another loop comes along. Embrace this change and focus on other platforms instead of this form of cheating.

Quite a few companies are now wisening up to loops, thankfully. I’ve had specific companies tell me that after they read my post on The Dirty Truth About Buying Likes, they started religiously checking blogger’s Social Blade accounts and if they looked suspicious from doing too many loops, they would drop the influencer and move on to someone who has less followers with a more authentic account.

Now, I completely understand the groups of girls doing an occasional giveaway who already have a healthy following + engagement. It’s an easy way to boost their numbers but they aren’t going to have a major effect on their interaction because it was already high to begin with. What we’re seeing more of are accounts that have been stagnant for too long and they get impatient. This isn’t going to help you out the right way. Look for tips and tricks to get your account moving again OR just be patient because things will change.

Is this not amazing?? I mean, 100% hits the nail on the head. Loop giveaways ARE an addiction and not a good one. The thrill of gaining followers is easy to get sucked into but in the end it’s incredibly damaging to your account and reputation. I still feel, to this day, those loops early on  hurt my account and if I had the opportunity to go back, I would have chosen to not do them.

When I asked my fellow Instagram followers what they thought about loop giveaways, I wasn’t really surprised by any of their comments. Out of about 100 comments there was not ONE single person that stated they enjoy loop giveaways. Obviously, I don’t have the time to write out each response, but here are quite a few from people who are active followers of mine and I value each and every one of their opinions.

Are we seeing a trend here?? People hate seeing these loops fill their feeds so why piss off the engaged following you actually have because they will unfollow! I’ve even started unfollowing bloggers that I have followed for years because I am tired of seeing the loop madness.

I’m sorry if this has rubbed anyone the wrong way, but in the end, something needs to be said. Overall, I’m not blogging for other bloggers to like me. I blog for my loyal followers, fans and staying true to myself and what I enjoy in fashion. 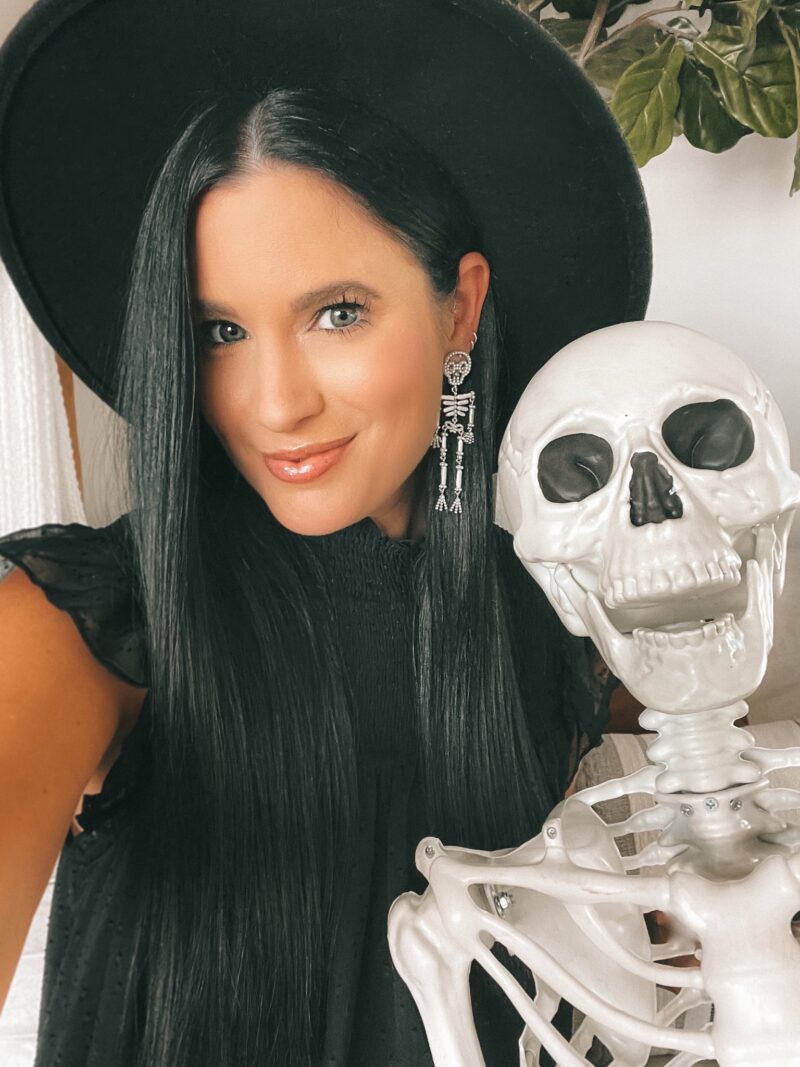